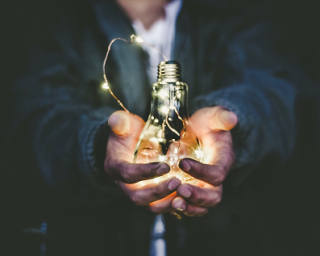 An earlier group of posts in this series covered the SSL/TLS protocol in detail. They neglected, however, to mention one of the most common uses of SSL/TLS - to implement a secure form of file transfer known as FTPS.

Traditional FTP as defined in RFC 959 makes no mention of security. This is understandable as it was written in 1985 and based on even older RFCs. This was when universities and the military were the primary users of the Internet, and security was not the concern that it is today.

As a result, in FTP usernames and passwords are (still) sent over the network in clear text, meaning anyone able to sniff the TCP/IP packets is able to capture them. If the FTP server being connected to is on the Internet, the packets pass through public networks, and should be considered to be publicly available.

It was not until the 1990s when Netscape developed their Secure Sockets Layer (SSL) that a solution became practical. A draft RFC in 1996 described an extension to FTP called FTPS that allowed FTP commands to used over an SSL connection, and this was eventually developed into a formal RFC by 2005.

FTPS was soon implemented by clients such as Filezilla and by server such as ProFTPD, and quite rapidly became popular.

There are two forms of FTPS - implicit mode and explicit mode. Implicit mode FTPS is deprecated and not widely used, but is still occasionally encountered.

Implicit FTPS does not have an explicit command to secure the network connection - instead it does so implicitly. In this mode, the FTPS server expects the FTPS client to immediately initiate an SSL/TLS handshake upon connecting. If it does not, the connection is dropped. The standard server port for implicit mode connections is 990 (not the standard port 21 used for FTP).

Once the SSL/TLS connection is established, the standard FTP commands are used to navigate the server's file system and to transfer files. As the connection is secure, passwords can be sent and data cannot be inspected by eavesdroppers.

In explicit FTPS mode, the client must explicitly request the connection to be secured by sending the AUTH TLS command to the server. Once this command is sent the SSL/TLS handshake commences as with implicit TLS, and the command connection is secured.

The advantage of using explicit mode FTPS over implicit mode is that the same port number as standard FTP can be used - port 21. Ordinary FTP users simply do not send the AUTH command, and so they never secure the connection. The server administrator can optionally require the AUTH command to be used if they do not wish unsecured file transfers to be made.

With unencrypted FTP, this isn't too problematic. There can be issues with an exhaustion of network connections if too many transfers are made within a short period of time. As each transfer requires a new connection, and operating systems usually require a few minutes to free up closed connections, many transfers of small files can result in eventual errors.

The more significant problem is getting through firewalls. Firewalls are normally configured to allow access via port 21. Modern firewalls are also clever enough to be able to inspect the commands sent between client and server (PORT or PASV) to be able to determine which ports must be dynamically opened to allow data transfers.

With FTPS, however, the commands are on an encrypted channel, and firewalls cannot inspect them. This means they cannot automatically open data ports, and so transfers and directory listings fail. Instead, a fixed range of ports must be agreed in advance, and configured in client, server and firewall.

Nowadays, FTPS has a strong competitor in SFTP, or SSH File Transfer Protocol. They are completely different protocols, and their relative merits will be examined in a subsequent post.

For more information on FTPS go to our FTPS page.