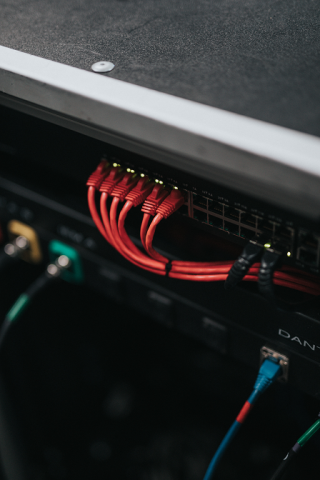 The final piece of SSH-2's layered architecture is the connection layer, which provides network services such as interactive logins, remote commands, and port forwarding on top of the transport layer, which supplies the necessary security.

The SSH_MSG_CHANNEL_OPEN message used to open a network session is shown below. This session might be subsequently used for a terminal session, to run a remote command, or to start a subsystem such as SFTP.

The initial window size sets the number of bytes the recipient of this message can send to the sender, while the maximum packet size is the largest amount of data that it will accept in a single message.

The recipient of this message replies with an SSH_MSG_CHANNEL_OPEN_CONFIRMATION message if it is prepared to open the requested channel:

Once a channel has been successfully opened, data can be exchanged, and channel-specific requests can sent. When the sliding-window size for either the client or server becomes too small, the owner of the window sends a SSH_MSG_CHANNEL_WINDOW_ADJUST message to increase it:

Data is sent across the channel via the SSH_MSG_CHANNEL_DATA message. How the data is used will depend on the type of channel that has been established:

Channel requests are used to perform particular actions over a channel. Common requests include starting a shell or exec'ing a remote command. For example, a remote shell is started by the request shown below:

A remote command is exec'ed by the following request:

Finally, an SFTP subsystem can be opened by this request:

Subsystems are sets of remote commands that are pre-defined on the server machine. The most common is SFTP, which provides commands to transfer and manipulate files. The subsystem commands (including the SFTP protocol) run over SSH, i.e. data for the subsystem commands is sent in SSH_MSG_CHANNEL_DATA messages. When one of these messages arrives at the client or server, it is passed to the subsystem for processing. More details on the SFTP subsystem will be discussed in the next post.