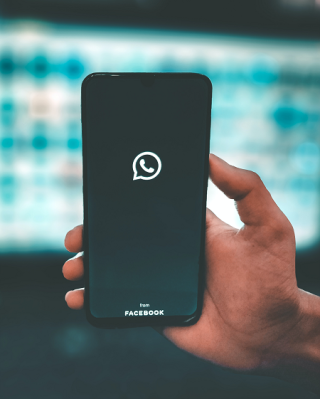 Facebook has aggressively thrown down the gauntlet in the wake of the Apple vs FBI controversy. WhatsApp was acquired by Facebook a couple of years ago, and they have just announced that their messenger application is now fully encrypted, end-to-end. What's more, encryption is on by default all the time. Every single message, photo, video, or voice call sent via WhatsApp can only be decrypted by the recipient.

The WhatsApp security protocol is detailed here. It's known as the Signal Protocol, and is designed by Whisper Systems. According to their white paper, "even if encryption keys from a user’s device are ever physically compromised, they cannot be used to go back in time to decrypt previously transmitted messages". Notably, their servers do not have access to the private keys of their users. WhatsApp servers only store users' public keys - so they cannot decrypt user data themselves. The Signal Protocol is open source, and the source can be obtained from github, here, for inspection.

The WhatsApp developers have long been concerned about security. They began rolling out end-to-end encryption in 2013, and Facebook incurred the wrath of Brazilian authorities by declining to assist in revealing messages from a drug-trafficking ring.

This announcement comes at a sensitive time in the encryption debate. Apple has made it very clear that it will fight tooth and nail to keep its users' data private. The FBI has made it equally clear that it will take software companies to court to force them to provide a means of decrypting user data. But Facebook has taken it a step further - they have placed themselves in the position of being unable to decrypt data, even if the FBI wins a court order forcing them to do so.

It's only a matter of time before there is a court case involving law enforcement agencies and WhatsApp. Really, the only option open will be to force the application developers to add some kind of backdoor to allow law enforcement agencies access to unencrypted data. Of course, this path will be fiercely resisted. Further developments are going to be very interesting!