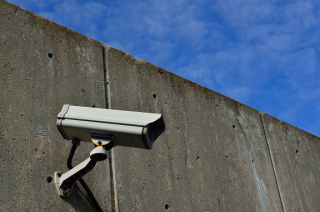 The UK's now infamous "snoopers' charter" (officially the Investigatory Powers Bill) was debated in parliament recently and has proceeded to the committee stage.

It has been heavily criticized for the speed at which it has pushed forward by the government. This is despite significant criticism from many different parties.

An overview of the main areas impacted by the bill is here. In short, it involves unprecedented surveillance of UK citizens online, and imposes onerous requirements on software companies and ISPs.

There have been two recent developments.

Firstly, written evidence has been submitted by Apple, Facebook, Google, Microsoft, Twitter and Yahoo. Amongst other things, they ask that the bill recognize that end-to-end encrypted services are not practical to decrypt. Facebook's WhatsApp and Apple’s iMessage are obviously in this category. It would severely diminish confidence in these products if they were forced to install back doors for government security forces (a back door is a secret way to bypass the encryption and read the plain text of the communication undetected).

Secondly, more information is available on the cost of collecting and storing all Internet Connection Records (ICRs), another provision of the bill. ICRs are basically a record of all the websites individuals in the UK visit. The Don't Spy On Us coalition estimates it will cost $1 billion to implement ICR collection. This is based on Denmark's experience, which abandoned the idea only this month because of cost.

The IT-Political Association of Denmark submitted evidence on the bill only a few days ago that highlights the cost of ICR collection. They state that "because of the likely very high costs of ICR collection, the particularly serious interference with the right to privacy of British citizens, and the still unresolved doubts about the effectiveness in police investigations (circumvention is very easy, for example), IT-Pol strongly recommends that ICRs should not be part of the Investigatory Powers Bill".

The snoopers' charter has so far been savaged by three parliamentary committees, numerous members of parliament, countless privacy groups and by the world's largest software companies. In response, the UK government has largely ignored their criticisms, and has made only cosmetic changes. It will be interesting to see what happens next.