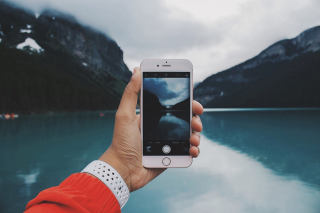 Today Apple and the FBI were to face each other in court over Apple's refusal to provide a build of iOS to unlock a domestic terrorist's iPhone.

The hearing has suddenly been vacated with the agreement of Apple. According to the court documents, "an outside party demonstrated to the FBI a possible method for unlocking Farook's iPhone".

Speculation is rife about what this method might be. Currently, most experts think it is a NAND mirroring technique.

NAND is a type of flash memory, used in mobile phones for storing data. The problem the FBI has with retrieving data from the iPhone is that after 10 attempts of entering the wrong passcode, the autoerase feature deletes the data (or at least renders it unretrievable). NAND mirroring means extracting the NAND memory from the phone and copying it to a file. If the autoerase feature deletes the data, it can be copied back to the NAND memory from the file. Obviously, there is no limit to the number of times this can be done.

Rumour has it that this technique has just been classified by the FBI. If true, it seems likely that this is the technique being used.

This isn't the end of the matter, of course. If the FBI can unlock the iPhone, Apple will want to increase iPhone security further, and inevitably the FBI will once again attempt to compel Apple for a solution. If the unlock fails, the FBI will see Apple back in court even sooner.