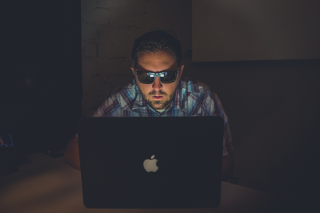 We wrote recently that Apple has refused the FBI's request to create a new version of the iPhone's operating system. The FBI wants a version of iOS that will allow the FBI to unlock the iPhone belonging to one of the San Bernardino shooters. They explain why here and here.

When the FBI obtained a court order, it was no longer a request. But now Apple has filed a motion to dismiss the order. It's an interesting read. One of their arguments is based on a well-established principle that computer code is speech, and the First Amendment protects Apple against compelled speech. So Apple can't be forced to write code for the FBI.

But Apple's primary reason for refusing the request is that it sets a precedent that will rapidly be taken advantage of. They state that "if this order is permitted to stand, it will only be a matter of days before some other prosecutor, in some other important case, before some other judge, seeks a similar order using this case as precedent. Once the floodgates open, they cannot be closed".

Tim Cooke, Apple's CEO stated that: "In the physical world, it would be the equivalent of a master key, capable of opening hundreds of millions of locks—from restaurants and banks to stores and homes. No reasonable person would find that acceptable.”

Once the FBI has this tool, no-one's iPhone is safe from being unlocked. Initially, the only threat is from the FBI, which for most law-abiding citizens is unlikely to be a concern. In the longer term, however, it is almost inevitable that copies of this software will leak into the public domain, and your iPhone will be vulnerable.

Rumour has it that Google, Microsoft, Twitter and Facebook will be filing a joint amicus brief in support of Apple's position. An amicus brief is a statement by someone not party to the case, but who has an interest in the court's decision.

Coincidentally, FBI Director James Comey and Apple's General Counsel Bruce Sewell will both testify at a March 1 congressional hearing on encryption issues. There should be some interesting exchanges!