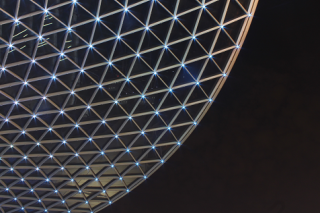 Blockchain technology is starting to get attention in banking circles, as its tremendous potential for banking transactions becomes apparent. It was invented by Satoshi Nakamoto (a nom de plume - his or her identity is unknown!) as the key technology comprising the Bitcoin crypto-currency system, first detailed here.

What is a blockchain? Put simply, it is a distributed ledger of transactions. Multiple copies exist at various nodes on the network, and the blockchain is protected against tampering by cryptographic hashes.

What's the advantages of having a distributed ledger? Traditional banking relies on trusted third parties to process electronic payments. This imposes considerable delays and allows the possibility of transaction reversals, as those trusted parties must mediate disputes.

Blockchain technology completely removes this reliance on third parties. Instead, there are multiple, public copies of the blockchain distributed around the Internet. Because the blockchain is tamper-proof, transactions can't be reversed. Once a transaction is confirmed to have been written into the blockchain, it is there for good. Even malicious operators of nodes cannot alter the blockchain, as the majority of nodes must agree on it.

The potential applications are vast. Anything that requires a central clearing house could potentially use a blockchain. Apart from banking transactions, obvious candidates are sharemarket transactions and property registers - both for physical property and digital property.

Subsequent posts will explain how such a system works in more detail.