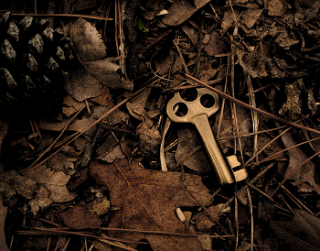 In this article, I'll run through our step-by-step instructions for getting SFTP public key authentication working for your users, along with an explanation of the main terms.

Key
A cryptographic key is the digital equivalent a real-world key that you lock a safe with. You can use it to encrypt and/or decrypt data. Encrypting data is like putting it in a safe and locking the safe. Decrypting is like unlocking the safe and taking the data out. When data is encrypted it can be passed around safely, with the knowledge that it can't be unlocked by anyone who doesn't have the key. This form of key is called an 'symmetric key' since the same key can be used to lock and unlock the safe.
Public/private key-pair
A public/private key-pair consists of two related keys: the public key and the private key. They are paired so that any data encrypted with one can only be decrypted with the other. This means that if you give copies of one of the keys (the public key) to all your friends, and send messages to them that are encrypted with the other key (the private key), then they'll know that it definitely you who sent it.
Public Key Authentication
Public key authentication relies on the ability of public/private key-pairs described above, that is, data encrypted with one key can only be decrypted with the other. When the server asks the client to authenticate, the client uses the private key to encrypt some data that is already known by the server (e.g. the user-name); the client sends the encrypted data back to the server; the server decrypts it with the public key. If the decrypted data matches the known data then it must've been encrypted with the private key. The server thereby knows that the client has possession of the private key and assumes that it's therefore OK to permit access. This illustrates the importance of keeping the private key confidential.
SFTP
SFTP is a protocol that allows file-transfer over SSH connections. It's not just encrypted FTP like a lot of people think, but an entirely different protocol. It has a major advantage over FTP in that it uses only one connection (usually on port 22), which means that it can operate through firewalls by simply allowing a single port through.
SSH
SSH stands for Secure Shell. It was designed for secure terminal connections over the Internet. It did not originally support file-transfer. File transfer was added later via SFTP and SCP.