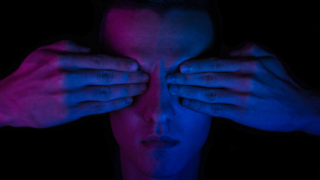 Our previous post explained that the "nothing to hide, nothing to fear" argument is based on a narrow view of privacy that assumes it is primarily about concealing our wrongs.

The argument says we shouldn't be overly concerned about government surveillance programs, because the potential benefits of thwarting terrorist attacks far outweigh any minor sacrifices involving our privacy. And as law-abiding citizens, we have nothing to hide anyway.

But privacy has a much broader and complex meaning, according to Daniel J. Solove, who contends that privacy is best understood by looking at the various harms that can arise from privacy violations. The "nothing to hide" argument ignores most of these harms to win its argument.

What are some of these other harms? Some do not necessarily affect individuals, while others do.

Widespread surveillance, while it may not directly harm someone who has "nothing to hide", can have a chilling effect on free speech and free association. It can deter people from engaging in legal activities, and can result in reducing the range of viewpoints in society and the extent of political engagement.

Individuals are more directly affected when seemingly harmless pieces of information about them are combined together to produce profiles. If these are then used to reveal or predict certain things about their activities or personalities, harm can result if action is taken because of these predictions. For example innocent people can be refused permission to board an aircraft because their name is on a no-fly list. Another example is credit ratings, which can result in being refused a loan. We may not know why - and we may not even realize we are being profiled.

A related issue is when data collected by the government for one purpose is used by for a completely different purpose. If there is no time limit on how long data is stored, the potential uses of your information are almost limitless.

Of course, once your information has been collected, it can be given or sold to others - and governments do this routinely. For example, the UK's National Health Service has sold patient data to private companies. In California, the Department of Motor Vehicles (DMV) database can be consulted by employers, insurance companies, attorneys and private investigators. An extreme example is that of Iceland, where exclusive rights to the entire population's genetic data was sold to a US company in 2000. Yes, data is supposedly anonymized, but that is no guarantee of confidentiality.

Worse, what if the agency holding your personal information does a poor job of securing it? If data is leaked, the potential consequences can be very serious, such as your identity being stolen. If this occurs, criminals may apply for credit cards or loans in your name, or even provide your details when charged by the police with an offence. It can take years to deal with the consequences.

As these examples show, privacy is not simply about having "nothing to hide". The impact of mass surveillance programs on privacy is broad and not always predictable. If we dismiss privacy concerns too lightly, it allows our privacy to be gradually eroded. Inevitably, we will end up being impacted. Ironically, in many cases we may not even realize it.