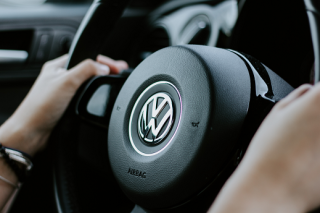 Over the last week we've learnt that VW perpetrated a massive fraud on the US Environmental Protection Agency, and on other government agencies world-wide.

It seems that 11 million VW diesel vehicles are emitting fumes that are up to 40 times more toxic than is permitted!

What's so bad about diesel emissions? Two things - they contain fine particles which can cause a variety of health problems, and they contain nitrogen oxides (NOx) which are also harmful (and combine with other gases to form fine particles). So it is very important for human health to minimize the emission of both fine particles and NOx. In this case, VW managed to trick the EPA about the level of NOx emissions.

Why would VW want to deceive the EPA about its vehicles' emissions? Because emission controls affect both fuel economy and performance negatively, and these are two important criteria by which potential purchasers make a decision.

How did they manage it? Through modifications to engine software. The EPA emissions tests follow a certain known profile. The cars are put on rollers and run at certain speeds for known periods of time. The vehicle computer was programmed to be able to detect when the EPA tests were being run, and to minimize emissions only during testing. For normal road use, emissions controls were not applied as rigorously.

VW were discovered when an environmental organization called the ICCT was doing research into real-world vehicle emissions. The research team was astonished to find that their VW test vehicle exceeded standards by a factor of 15 to 35 times! When the EPA became aware of their findings, they launched an investigation. The EPA confronted VW, who admitted the deception.

The fall-out from this massive fraud is going to have a huge impact on VW, and consequently their share price has been plunging. Apart from the massive fines they will receive, their reputation has been severely damaged, and I'm sure class action lawsuits are already in the pipeline.

It will be interesting to see who is ultimately held responsible (apart from the CEO, who has already resigned). Using their source control system, it should be possible to determine which software developer coded the workaround. There's unlikely to be much code involved. Whether the code responsible is traceable to a design document and management approval is another thing entirely - it seems unlikely that a manager of a software group would document such a decision. Similarly, there may not be an email or document trail to higher management levels, even though the fraud probably originated there.

It's also possible that other diesel vehicle manufacturers have perpetrated similar scams, and no doubt the EPA and similar organizations world-wide will be testing their cars as soon as possible. No doubt we'll hear quite soon if this is the case.