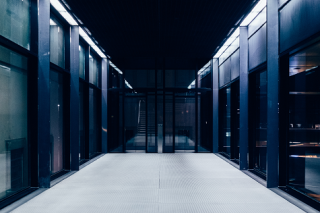 At the start of the new year, it's interesting to look back over the release history of edtFTPj/PRO. Amazingly, it's been over 12 years since 1.0 was released with basic support for FTPS! And it was based on the open source Java FTP client, edtFTPj/Free, which was released three years earlier in January, 2000!

So the edtFTPj product line has been around for 16 years! We never imagined that it would be so long-lived, and there's no obvious end in sight even now.

This says a lot about the longevity of the Java platform itself - since its release in 1996 it has gone from strength to strength, particular in the corporate world. There have been various competitors emerge at various points, but none that seemed to threaten Java's dominance. Today, it is still the #1 language by a considerable margin - which is growing!

A big help has been the launch of the Android operating system on mobile platforms, which invigorated Java and gave it a host of new fans. Apparently Android now has over 80% market share, and its official development language is Java.

But why has Java proven to be such a dominant language?

The first reason is that Java is cross-platform. It was a marvel to software developers like ourselves when we first started using Java. We could compile on Windows and deploy on Unix! We'd never seen anything like it. Nowadays, we think little about building on Windows and deploying on Android devices - largely because of Java's success. But in the 90's it grabbed our attention.

Another reason is that Java is relatively easy to use. For developers used to the complexity of C++, Java was wonderful. We could use our newly learnt object-oriented programming skills, but the intricacies of memory management using C++ could be largely forgotten. We were much more productive, and that felt good!

Its ease of use meant that Java was adopted widely by universities for teaching programming. That meant hordes of eager young programmers graduating who knew Java.

Finally, Java has an extensive collection of associated libraries, both open source and commercial. Almost anything a programmer needs is available, and that makes us even more productive.