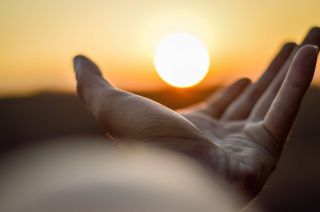 CompleteFTP 22.0 has now been released. An important change all users must note is that CompleteFTP is now a 64 bit Windows application. It will not run on 32 bit Windows. Also, your firewall rules may need to be updated, as 64 bit application executables are located in a different directory to 32 bit executables on Windows. For firewalls that allow CompleteFTP access due to its location on disk, you'll need to use C:\Program Files rather than C:\Program Files (x86). As a 64 bit application, you may notice that it use more memory than previous versions.

We've made a lot of other changes for 22.0. The installer no longer forces you to run the uninstaller as part of the upgrade process. We've also replaced SQL Server Compact with SQLite for the configuration database. This removes our reliance on a database that has reached EOL, and also helps to prepare the way for CompleteFTP to run on other platforms in the future.

For FTP and FTPS, we've added the ability to accept data connections from white-listed IP addresses. This allows CompleteFTP to operate behind active/active firewalls requiring use of SNAT, including the Azure firewall. We've also improved the handling of unknown commands in FTP. For FTPS, we've disabled elliptical curves in TLS that are non-compliant with PCI DSS requirements.

For SFTP and SSH, we have added support for the new OpenSSH private key format, as well as support for ECDSA private keys in PuTTY format. We've also fixed an issue open private key files in PVK format on certain machines.

Other changes include Improving iOS support in the file-manager, adding the advanced permission model to the Standard Edition, and support for regular expressions in filename filters (via a 'regex:' prefix).